Perdue Violations Show No Company Too Big for Safety Risks

Perdue Foods is one of the top producers of chicken in the United States, and the nearly century-old company shows no signs of stopping. The small farm turned into a massive processing industry, allowing the company to dominate meat aisles all across the country and rake in billions.

Having those millions, however, hasn’t necessarily guaranteed the quality control one would hope for their processing plants. And that apparent lack of quality has currently landed them in hot water.

The Indiana Occupational Safety and Health Administration (IOSHA) recently completed an investigation of a Perdue Foods plant in Washington and found them guilty of three safety violations, two of which were considered serious, according to a May 24 report by the Washington Times Herald.

This revelation is a serious reminder for workers all across the state of the dangerous conditions of any workplace, and the injuries that could occur as a result.

IOSHA’s investigation focused on a Foodcraft turkey leg processor at the plant and the various risks that were associated with it. This processor ended up having three separate risks attached to it.

One of the more serious violations at the plant was the fact that the processor was not locked out before they attempted to unjam the machine. This made the machine far more dangerous and unstable than necessary, and IOSHA’s report went so far as to call it a crushing hazard for employees.

In addition to being a crushing hazard, IOSHA also noticed that this machine was not properly guarded, leaving workers in serious danger. There was neither guarding on the processor nor on its’ carcass loading station. This guarding was meant to “protect employees from nip points, rotating parts and hazards,” and without it the machine could pose a significant threat to any worker who was not fast enough.

These were the most egregiously serious violations the report found, but were not the only ones. IOSHA also found that, despite the manufacturer requiring it, the processor did not have safety instructions included — a violation made far worse by the fact that the machine was already such a safety hazard for the other reasons.

These violations could end up costing the Washington plant a pretty penny. According to one of our partner firms Morgan & Morgan, each citation of a serious violation could result in a $5,000 fine, while less severe violations may lead to a $1,500 penalty per citation.

Risky Situations Exist Even Without a Prior Accident

In a statement about this report, a spokesman for Perdue made sure to mention that this particular plant is currently at over 350,000 hours without an accident that resulted in lost time.

It’s a nice round number, but it’s also something of a distraction. The fact that there had not yet been an accident relating to this turkey leg processor does not mean that the environment was safe. Quite the opposite — they were incredibly lucky.

In cases like these, some employers may point to the lack of prior accidents if you’ve been hurt on the job in an attempt to paint the injury as your fault and avoid paying workers’ compensation. Much like not repairing faulty equipment that causes injuries, this can be a way of cutting costs.

Even a company like Perdue — a household name with the funds for equipment and necessary safety repairs — is not immune to this. Those who work at plants for large companies like Perdue will still find themselves at risk of at-work injuries caused by dangerous conditions. The potential for some kind of risk is there no matter where you work.

Those who have been hurt on the job may be surprised to find that the conditions that caused his or her injury had been that way for some time. The company may have even been aware of these hazardous conditions, and chose to do nothing to fix them. 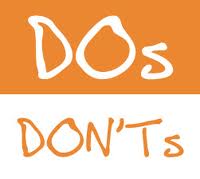 Below is a list of some of the most important things an injured worker in Indiana should both know and do.  We like to call these the Do's and Don't's of the Indiana Worker’s Compensation Process?

I hope this is helpful to injured workers around Indianapolis and throughout the entire state of Indiana.