Injured on the Job? When to Hire a Workers Compensation Attorney 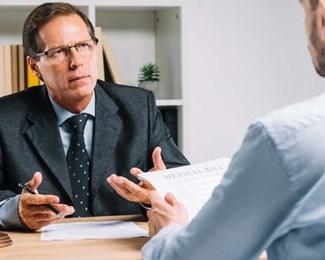 When filing an Indiana workers comp claim, hire a skilled workers comp lawyer as soon as possible to increase the odds of a favorable outcome. Delay inevitably impacts the workers compensation case and may reduce the settlement amount.

Avoid waiting until the middle of the workers compensation process or until the benefits have been denied before seeking out a skilled and experienced workers comp attorney. Even if a claim has been accepted, bringing a workmans comp lawyer onboard early can prevent roadblocks that can stall or complicate the process.

Learn When to Hire a Workers Compensation Attorney

An employee injured at work is often triggered to look into hiring a work injury lawyer only when there is a problem. Perhaps the injury was reported but there has been no follow-up medical exam. In some cases, the workers comp claim might have been denied. Many things can trigger a rejection of a valid workmans comp claim. In many cases, there is not a stand-out problem with the claim, but it is still imperative to have a knowledgeable workers compensation attorney review everything.

Benefits of a Workers Compensation Lawyer

Hiring a lawyer is also beneficial if there is a third-party claim related to the case. There could be a third-party claim if there is the possibility of negligence by another party related to the injury. In this type of case, an early investigation and investigation of the incident can be helpful to advance the case. A workers comp attorney is there to guide you while helping the scenario receive the attention to details it requires.

The support and guidance of an experienced workers compensation lawyer can also be priceless for peace of mind. No one injured at work should have to struggle to receive the services they are due.

If You Were Injured At Work

Report your injury immediately, no matter how mild it may seem. And seek the guidance of a well-respected injury attorney. Charlie Carlock has been representing Indiana employees with their worker’s compensation claims for more than two decades. Email or call Carlock Legal to have Charles Carlock fight for you.